#1
"Meet the latest revolution in the world of cryptocurrencies and blockchain technology!" - without excessive modesty developers of EtherRock game claim. Well, it's time to figure out what exactly the "revolution" is.

It took me ten seconds to realize that there was no "revolution". It was enough to go to the EtherRock site to make such conclusion: 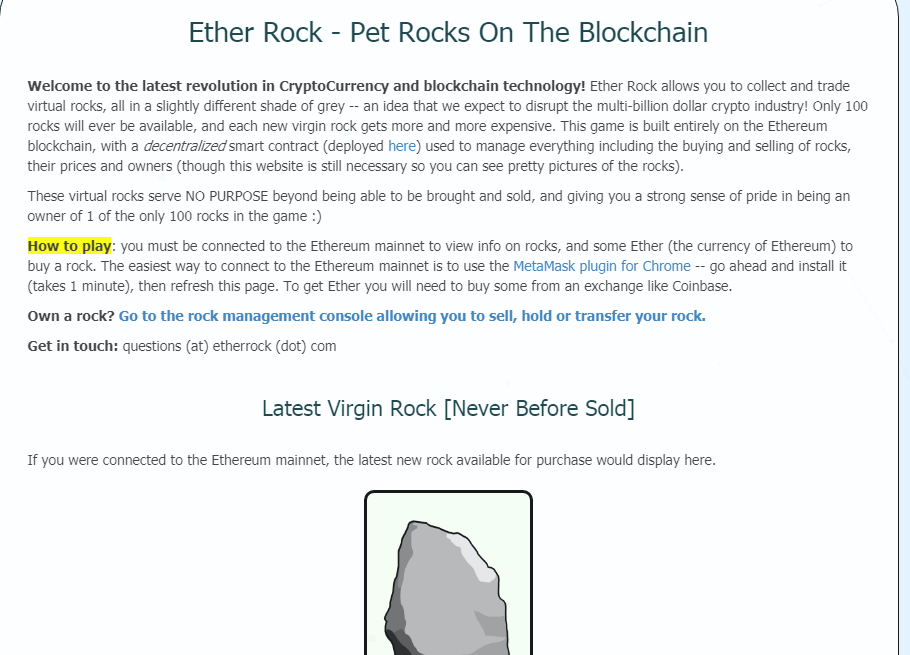 There are a little bit of text and a dozen identical images of stones. There is nothing more on the EtherRock website. This is a single page, which does not even have developers contacts. Not to mention any concept of the project.

Although no, there is EtherRock concept. Here, each user will be able to buy and sell a stone boulder (or rather, an image of a stone boulder) for ether. A total of 100 stones will be released, and more "rocks" will never appear.

Developers, by the way, do not even feel embarrassed that there is nothing besides images of stones on EtherRock. They write: "These virtual rocks serve NO PURPOSE beyond being able to be brought and sold, And giving you a strong sense of pride in being an owner of 1 of the only 100 rocks in the game And they will be able to sell them at a high price, because there will always be demand for "rocks" on EtherRock".

In place of EtherRock creators, I would not be so sure about the prospects of the project. Of course, users who are interested in having something rare (even if not of any value), have not gone anywhere yet. But in order to get them to buy an item, it must be unique at least. And rocks on EtherRock differ from each other in color only, and a little: 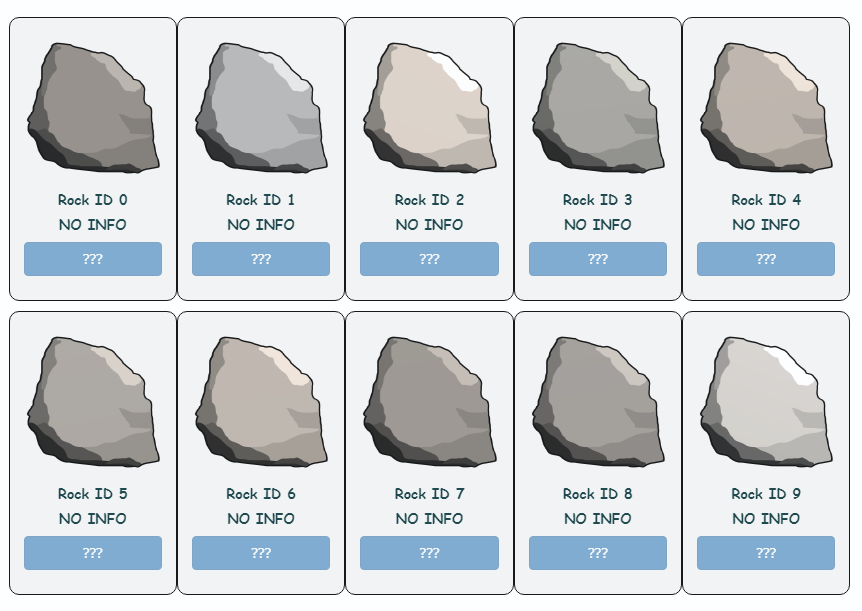 Even in shape, in my opinion, there is no difference. Although in nature its hard to find two rocks with completely identical outline.

And the site's design is not worth to even speak about. On two screenshots, you saw the EtherRock site. Yeah, the WHOLE site. I think it was created by three schoolchildren, who were promised "A" for computer science. Seriously, even a seventh-grader can write such a web resource.

I wonder whether the EtherRock project will succeed or disappear as quickly as hundreds of similar developments did. It seems to me that the second option is much more likely. I can not imagine someone who will consciously and willingly buy 100 pictures of stones for real money (ETH) and will brag about it before friends and other users.

#2
Really? You need to buy for real money a picture you can not do anything with? It seems to me that even selling air has more sense - at least one can smell it.

#3
The EtherRock site is probably the "best" I've seen lately. And after all, its developers call it "a revolution in blockchain and cryptocurrencies" with a straight face.

#4
Show me these 100 people who want to buy "rocks" on EtherRock. It seems to me, that even if 10-20 stones will be sold, developers will be very happy. They will make up for the investment in game development - two packets of chips and two sodas for a couple of seventh graders.

#5
People still believe that they can buy some crap cheap and then sell it high. I do not imagine collectors who will see value in the "rocks" of EtherRock.

#6
It's even hard to find differences between pictures of "stones". But then I realized that, after all, the colors were slightly different. But if that's all, then I do not know how to sell them to anyone at all.
You must log in or register to reply here.
Share: Facebook Twitter Google+ Reddit Pinterest Tumblr WhatsApp Email Link