#1
The first Indonesian blockchain game entered the market in April 2018, more than half a year behind its main competitors. Did the illustrator Agro Rahmatullah and his partner, illustrator Regiana (Jubi), come up with something interesting?

We think that you will be able to answer this question yourself when you read the entire review.

Etherwaifu is a platform where you can buy and sell images. Nothing new - we have already seen a dozen projects like that. Some of them try to sell cryptotanks, some - cryptohouses, one has even excelled with stones. In Etherwaifu, images of cryptowomen are sold.

The developers of Etherwaifu insist that images are unique. Images consist of tens of thousands of elements, which makes each picture (by the way, as in other blockchain games, each "woman" is a ERC-721 standard token) unique. There are no two identical cards on Etherwaifu. 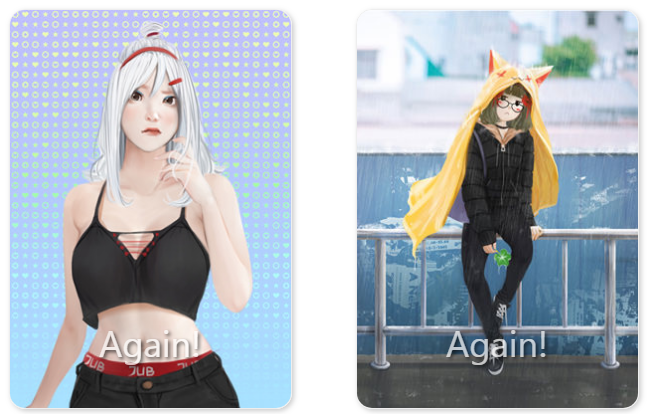 If you click on "Again", new images of women will appear. They may differ from the previous ones not only in the woman depicted, but also, for example, in the background.

Of course, all the cards can be bought or sold. Actually, the exchange of cryptowomen is everything one can do in Etherwaifu. If you are lucky, you can sell the picture more expensive than the purchase price and earn something. This is especially true now: Etherwaifu holds Pre-Sale, during which you can purchase pictures with a 50% discount.

It is worth noting that Etherwaifu has just entered the market. A full-fledged launch of the project will take place in July. After the launch, players will be able to resell their cryptowomen and craft new cards from those already available.

It's hardf to talk about Etherwaifu prospects - there are none. When the market is flooded with dozens of similar projects, it's impossible to stand out without anything special for players. Of course, Etherwaifu is not the worst example, but such games are not interesting in itself. There is nothing that could attract the user and grab his attention. And this is the main tragedy of such games.

#2
It seems that I can already move all my life to the blockchain. Cryptokitties, cryptocars, cryptohouses are already there, and now cryptowomen have appeared. I wish blockchain would also give money to everyone ...

#3
Design is the only thing that can save Etherwaifu. The site here looks better than most competitors. In the rest it's another gray and faceless game.

#4
Does anyone, except a few geeks, even know about Etherwaifu? I would not know about this game, if I did not see this forum topic. Such a strategy cannot bring success: if you will not advertise yourself, no one will know about you.

#5
For the sake of interest, I compared Etherwaifu and UnicornGo. The latter has it all - battles, upgrading game characters, withdrawal of funds, and the game itself looks good. With what can Etherwaifu counter this? Pictures of Asian girls? It's not even funny.