#1
The idea of Age of Chains appeared in 2016. But only now the project was presented to the blockchain community.

In fact, Age of Chains is not much different from other blockchain games. You have to buy cards, collect powerful decks and challenge other players.

Age of Chains is the first project from a whole game series. Developers want to create a Age of Chains "universe". Well, the game that is already there today is a "probe".

The look of the website's main page is not bad: 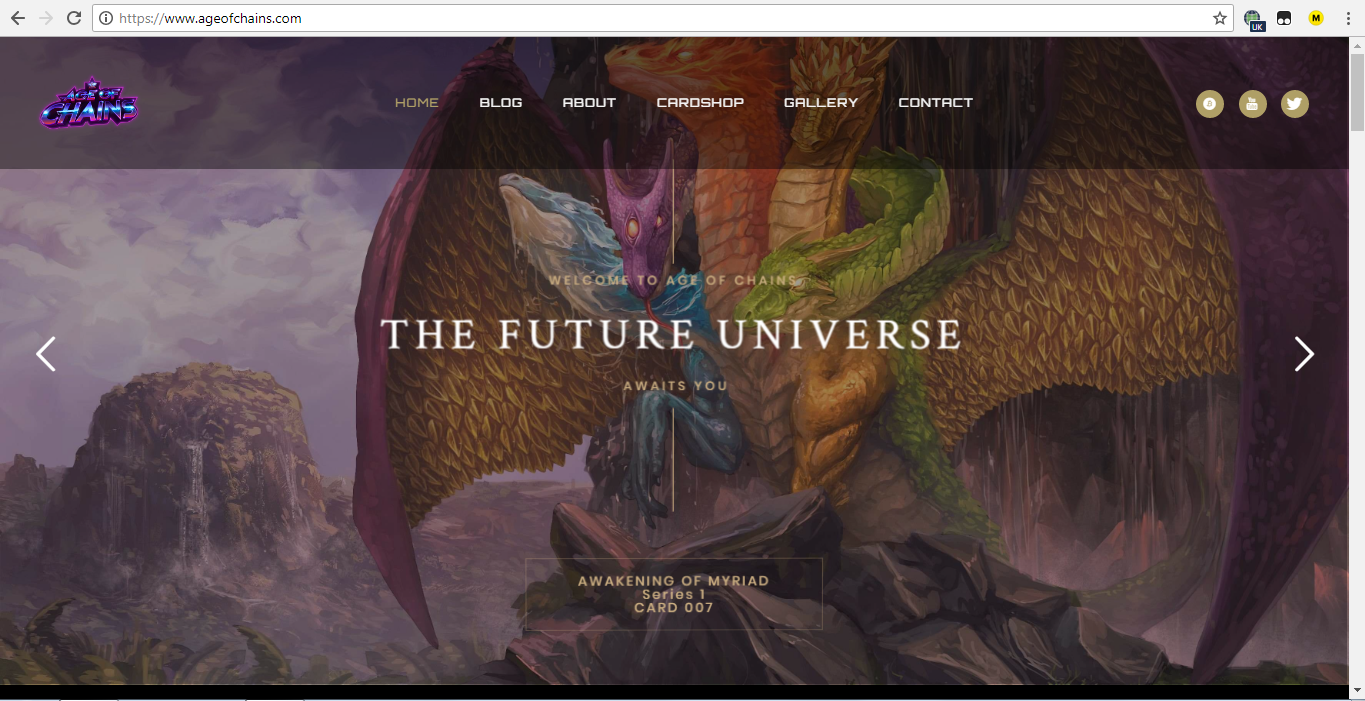 The game, in general, looks much better than many competing blockchain-projects - we admit that the Age of Chains developers did a good job on that.

As we said, on Age of Chains you can buy cards and build decks out of them. You can do it in the "Cardshop" section: 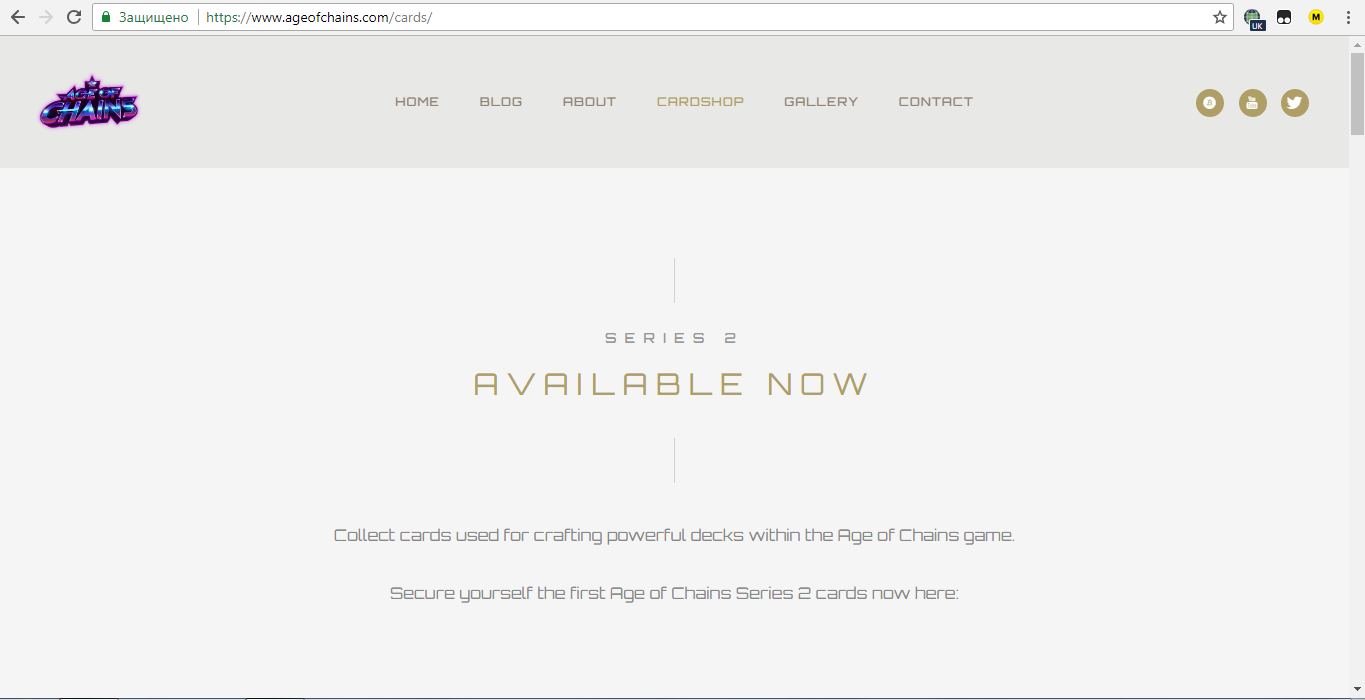 Here you can find all the available cards, read about them and buy. 10,000 cards can be bought for about 0.00011 BTC, the exact price depends on the card.

According to developers. you can challenge other players on the right after cards are bought. In reality, however, everything is different: no information about how you can fight with other users is available yet. Perhaps it will appear after the next update.

There is nothing else to talk about. At the moment you can only look at a good-looking site and buy cards. Perhaps, something will change in the future, when Age of Chains creators will complete the development of the "combat" section. But until it's done, Age of Chains is not interesting at all.

#2
Why release such a crude project? Or do developers just plan to collect money quickly and then disappear?

#3
I wonder how the developers managed to sell 13,993 cards? Something tells me that they exaggerated a bit.

#4
I did not see anything special here - another cryptogame without an idea, and in unfinished state. Better try UnicornGo - everything is ready there.

#5
I'm curious how they are going to use "all the advantages of blockchain"? It seems to me that in principle it is impossible to do this within any game, and all such words are just bragging and nothing more.