#1
Well, don't expect epic battles. It's lottery. So we don't konw why is it called Hash Heroes.


What is Hash Heroes? This is a game where you can test your luck. It's very simple to do this - just place a bet on on of the tiles: 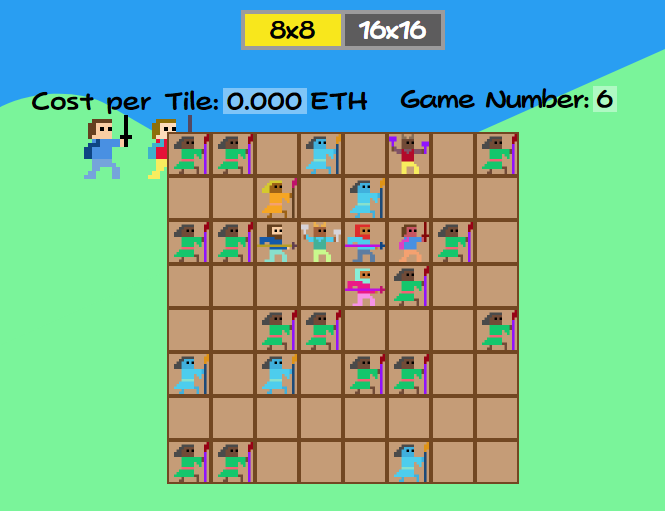 
You have to play as follows:


The lottery, by the way, is held on the Ethereum blockchain. According to the organizers, this guarantees complete fairness of the game - the chances of winning are equal.


When Hash Heroes just started, users had to pay for participation in the lottery (which is OK). But this was interesting for the audience, and the developers went to extreme measures - they canceled the "entry fee". We can not say that this had worked either: on the 8 * 8 field only the six games were held, and on 16*16 - only three.


By the way, the winners of the lotteries receive an additional "prize" - a mention in Hash Heroes hall of fame. However, there is no such link on the Hash Heroes website. Perhaps the developers have not yet created it.


What can we say about the game? In fact, the idea is quite interesting - blockchain-lotteries are relatively rare (which means that competition is not extreme), and the finding the winner with the help of blockchain seems to be honest.


But all these advantages do not compensate for huge problems. First, Hash Heroes does not market itself - did you hear anything about this game before? Second, at the moment you can not win money here. Third, the design is too simple and not everyone will like it.


If developers make Hash Heroes decent and will invest in its promotion, then the project, perhaps, will gain popularity. But in its current form, it is not interesting for anyone.

#2
Well, if it's free, then you can try your luck ... Suddenly I'll win and they will write about me? At least somebody will konw me.

#3
If I wanted to play the lottery, I certainly would not choose Hash Heroes. I do not trust such projects. I think I'm not alone in that.

#4
Here you can not play via smartphone! Very uncomfortable.

#5
I can pick as many tiles as I want. I wonder if I fill all 64 cells in the game, will I be recognized as the winner? Or will they say that I cheated?

#6
Why do the images of the heroes seem to return from 80s? Was it too hard to spend a little more time and money, but to draw normal characters? Well, you can replace them with something else.
You must log in or register to reply here.
Share: Facebook Twitter Google+ Reddit Pinterest Tumblr WhatsApp Email Link